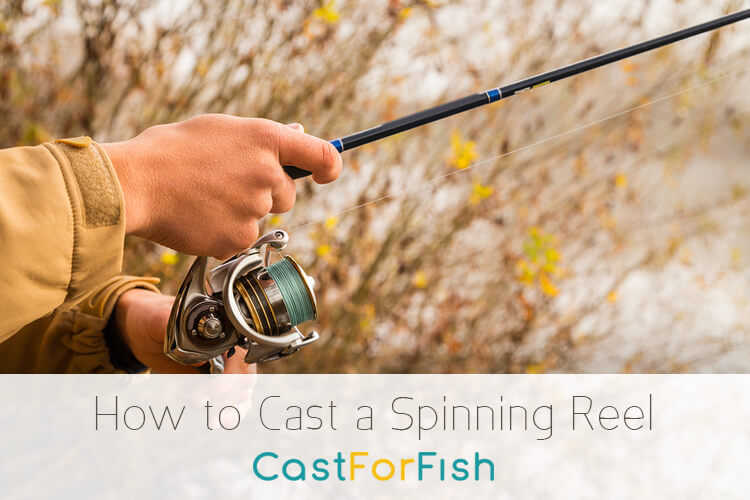 How to Cast a Spinning Reel

Spinning reels are one of the most popular and widely used styles of reels in the world. There are many reasons why this is the case including its versatility in a wide array of different casting and retrieval techniques. Click here to see a thorough rundown of the best spinning wheels on the market right now.

One major reason for the emerging popularity of this is that the spinning reel is relatively easy to become proficient at casting. With a couple of hours of practice, you can be on the water landing fish. Mastering the various casts with a spinning reel takes a bit more time.

The mechanics of a cast from a spinning reel is quite different from a baitcaster or other conventional reels. The spinning reel uses a fixed spool which means that the weight of the lure is what pulls line off of the spool.

Because it is a fixed spool, line is going to stop coming off the spool once the lure hits the water.

The biggest impact factor on the accuracy and distance of the cast with a spinning reel is going to be the skill level of the angler.

Yes, the quality of the line, the power behind the cast, the weight of the lure, the action and power of the rod, and the lure all effect distance and accuracy, but you have to have the basics of the cast mechanics down for anything else to come into play.

With that, let’s take a step by step look at the basics of a cast with a spinning reel.

The most common way to hold the reel during a cast is with your dominant hand, set at the stem of the reel foot between your ring and middle finger so that your index finger can reach just above the bail and line roller and your thumb wraps around and sits on the top of the rod.

Depending on your hand size, you might have to adjust this to where the stem of the reel sits between your ring and pinky. Play around with the grip until you have what is comfortable with you.

Your position may change depending on the size of the spinning reel you are using. Some heavier models that use larger rods with extended handle might require a two-handed cast with the off-hand holding the rod below the reel at the extended grip.

If necessary, move the bail under the line roller and line are as close to your index finger as possible. Using your index finger, wrap it around the line, with the bail still closed, and pull the line as if it is a trigger up towards the rod blank. Hold there.

Check your lure at the end of the line. For optimal casting, you do not want the lure touching the rod tip as this will hinder casting distance. You also do not want it several feet away from the rod tip because it is too far away from the action of the rod which will also hurt casting performance.

We like to have about ten inches to a foot of line between the lure and the rod tip.

With your index finger still holding the line, flip open the bail putting the spool into a spinning reel’s version of free spool. At this point, letting go of the line is going to allow line to freely leave the spool.

With your shoulders facing the target, go through the normal motion of casting a rod drawing it rod slowly back and then swinging the rod back forward.

For optimal distance think of the distance, your rod tip is moving from the start of the cast to its furthest point on the back cast. To get the most distance, your release point should be a little more than the halfway mark of that range on the forward cast.

The motion that you use can differ depending on the type of cast you are performing. It might be a simple overhand cast; you might have to sidearm, flipping, pitching, and skipping all require slightly different motions with your arm and the rod. The mechanics of getting the line and lure ready remain relatively the same.

The best tip that we can give you when it comes to casting a spinning reel is to get it out in the yard and practice before taking it to the water.

The spinning reel is a versatile reel that is used by beginners, experienced anglers, and professionals alike. With a high-quality spinning reel and some practice, you can bring a wide variety of casting with you on the water.

We hope this article has given you a clear picture of the basic mechanics to casting a spinning reel. Now, it’s on you to get out there and hone your craft. 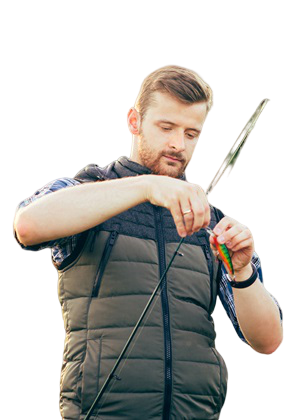